If you’re a basketball fan, you’ll have personally felt the impact of the pause in playoff games last week. But even if you’re not a fan of the sport, you likely heard about the boycott.
(In case you didn’t you can read about it here and here 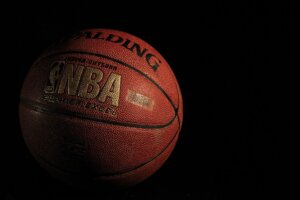 With the NBA boycott in mind, I could have written about allyship, but it’s much more than that. It’s acknowledgment. It’s about refusing to pretend that the violence against Black lives doesn’t exist (and isn’t continuing despite wider awareness). It’s about recognizing the impact. It’s about highlighting all of that in a way that draws attention and awareness – in order to support change.

The Bucks started it off by refusing to play on Wednesday. They couldn’t: The latest shooting of a Black man by police happened ‘close to home’ in Kenosha (close to Milwaukee). It was a decision that (hopefully) gave us a window into vicarious trauma: the impact of these violent acts on people who are Black and People of Colour.  The ripple effect on communities, on the collective psyche. How can it be business as usual when we continue to see the graphic evidence of anti-Black racism? How can it be business as usual when anti-Black racism continues to exist?

Impact can cause change

For probably millions of fans, the NBA playoff boycott was an inconvenience. A disappointment.

But I’m hoping that it caused at least a few of those millions of fans to pause and reflect – along with other fans in the other professional sports that followed suit with their own boycotts.

This is not just media coverage, this is people’s lives. And statements like this NBA boycott help raise awareness and create change because of the platform and the impact. It helps us take notice of something that may not impact our day-to-day otherwise.

LeBron James is quoted as tweeting “Change doesn’t happen with just talk. It happens with action and needs to happen NOW!”

What will you do?

​Powerful and intimate workshops, inspiring presentations, and thoughtful consultation on diversity and inclusion...from the inside out.

Get blog posts in your inbox!